Saturday was the memorial service for my friend Kristin. Her husband Matt, completely honored me by asking me to speak. I struggled for a little bit about what I would say, and I just decided to speak from the heart. Here’s a paraphrasing of what I said. (Side note, I ended up cutting out a bunch of stuff because I felt myself on the verge of losing it!)

I went to see Kristin a few days before she passed. And for some reason, a couple of lines from Dylan Thomas were circling around in my head. “Do not go gentle into that good night. Rage, rage against the dying of the light.” I couldn’t understand why this, of all things, was stuck in my head while I was sitting there with her. Because I didn’t want Kristin to go at all, but if she had to go, more than anything I wanted her to go gentle.
I spent a few days upset with myself over those lines being stuck in my head. They continued to pop up every time I thought of her. Then I realized the reason my brain had it on repeat. It was because of the last line. “Rage, rage against the dying of the light”. Out of all of my friends, Kristin was the one who had the most light. Those lines weren’t there for her, they were in my head because I was the one who wanted to rage, I didn’t want to see Kristin’s light die.

*** And then I basically read bits of this blog.

And I closed with a promise not to let Kristin’s light die, and to keep it alive in my heart.

Kristin’s memorial was a 50’s cocktail theme. Because “Have a costumer party, not a funeral”. Which was one of her last ways of giving us all comfort. Because you know what? You forget to be sad when you’re trying to decide which vintage hat/dress combo works. You forget to be sad when you’re giggling with friends over outfits, or having martinis (extra dirty. Filthy) at the post memorial. So if I could thank Kristin for that, I absolutely would. (and maybe some would say that taking selfies and group pictures at a memorial is tacky. To them I say, “You didn’t know K. She would have loved it all.) 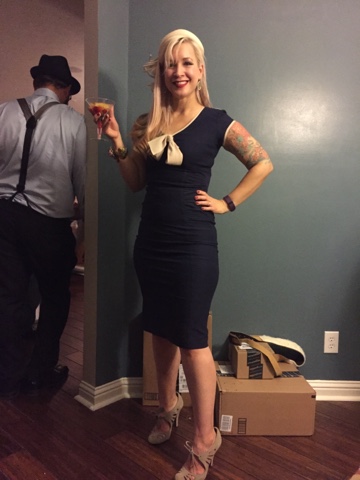 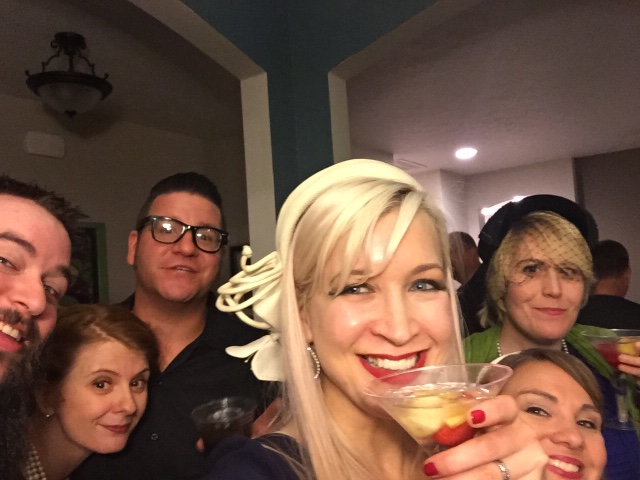 Also there may have been an incident with an abandoned shopping cart. I feel like Kristin would have approved. 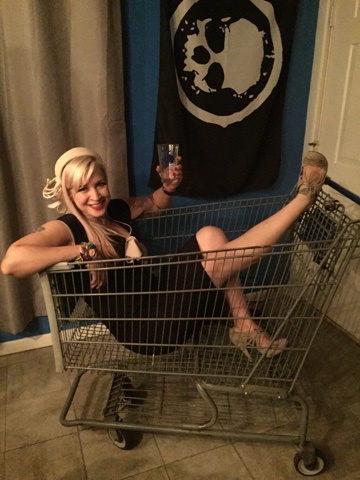 Excitement! I have some new cowl patterns up on Knit Picks! I am personally in LOVE with the January Cowl pattern. I’ve made 3 of them so far! One for myself and 2 for friends! 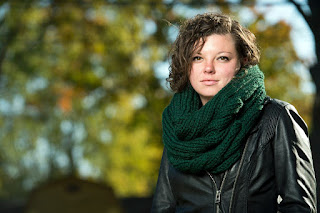 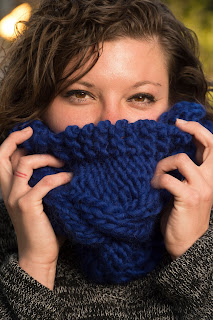