Sundaybwas all about the derby! I had practice with Naptown, as part of their new Rolling Thunder league. 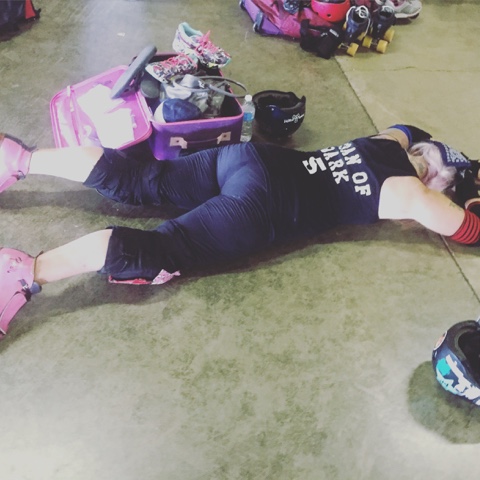 I consider myself in pretty good shape. Last weekend I ran a half marathon. I work out every single day. But there’s nothing like derby to kick your ass and make you feel like a sack of goo!
It’s extra frustrating when your brain remembers what you need to be doing but your body just doesn’t respond.
It was also VERY humbling when so many girls said they were honored and excited to skate with me! It’s so amazing that I’ve got a place in skaters hearts and in NRG’s history.
Not to mention, naptown is very smart to add an additional league. It keeps people excited about derby, has the potential to feed the bigger league and utilizes the practice space. If your league is paying monthly rent for a warehouse, use it as much as possible!
Afterwards, we spent all day watching playoffs. All of us. 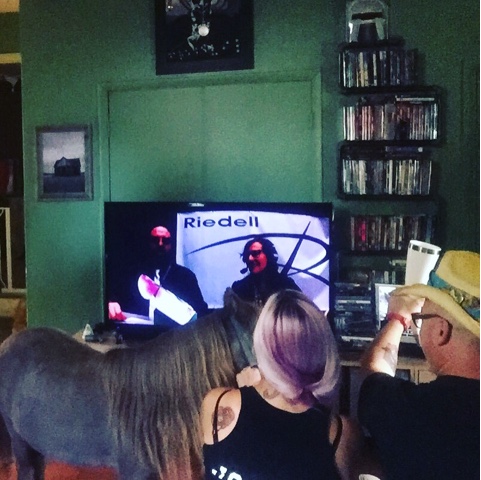 Starkey actually wasn’t in the house for long. He doesn’t like being inside when it’s nice out. Plus he was rooting for Arch Rival and the game was just getting too tense for him!
I can’t wait for next Sunday with more skating and more scrimmaging!

I finally finished my Doctor Who scarf! If you’ve never knit one, let me tell you, it’s a LOT of garter stitch. I know, I know. Of course it’s garter stitch. Everyone knows that!
But look, you know how you KNOW a building is high, but the true knowledge of how high it is doesn’t hit you until you’re at the top? That’s the Doctor Who scarf. You know it’s a long garter stitch project. But you don’t really know until you’ve made one!

I started it on the first day of Gen Con, with the goal of finishing in 30 days. It was more like 50, but not bad for all this garter! 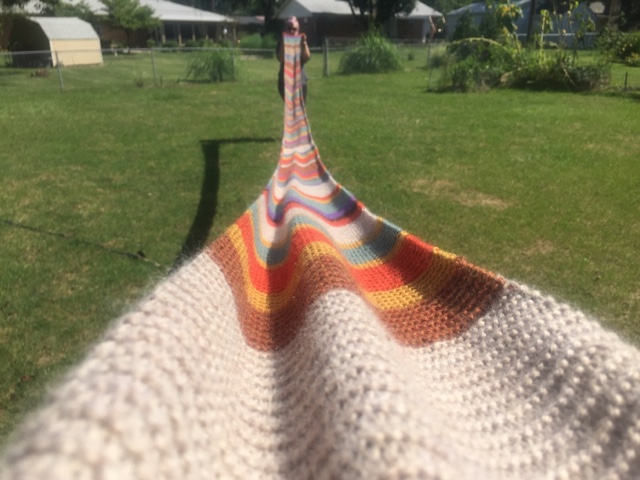 For the color changes, instead of doing an invisible weave after I was finished, I wove the loose ends into my work as I started the first row of each color change. Made it much easier and meant that I didn’t have a lot of finishing work. I am the worst at weaving in ends, seaming, all that jazz. I hate doing it and I procrastinate as much as possible. Weaving in these color change ends as I knit meant that I didn’t have a lot to fuss with once the scarf was done!

I haven’t blocked it. I don’t even know HOW to block something this long!

For a model, I talked my mini horse Starkey into cosplaying as Doctor Whooves. He agreed, on the condition that he get a lot of peppermint treats. I’m seriously thinking of doing this to him again for Halloween. Or I might start cosplaying him as other sci-fi characters. I think he’d make a cute Jedi! 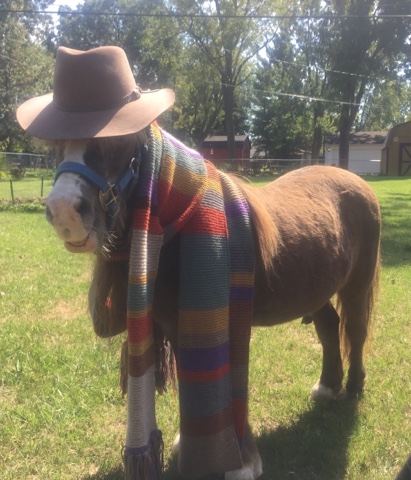 Now it’s back to “work” knitting. I have several patterns on the needles and a new book project I’ve been steadily working on! Not to mention making sure I knit something fantastic to wear to the VK kickoff party in Minnesota in a couple months! 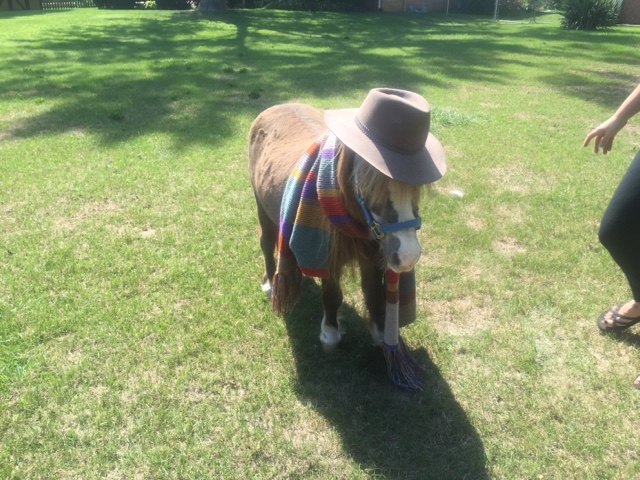 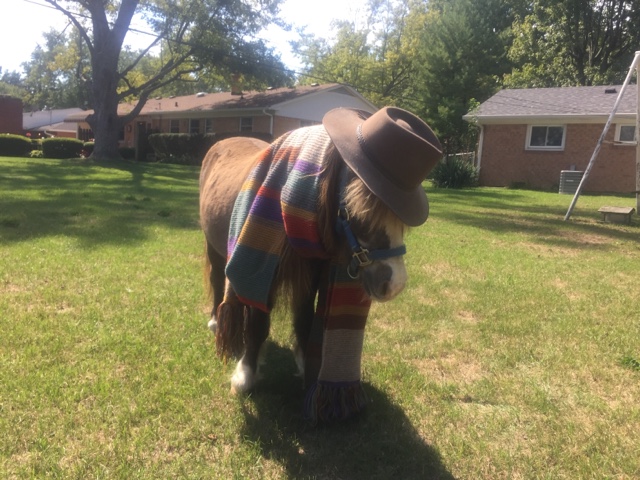 Edit: my friend Paul wrote this on Facebook. It made me smile so much I had to share! 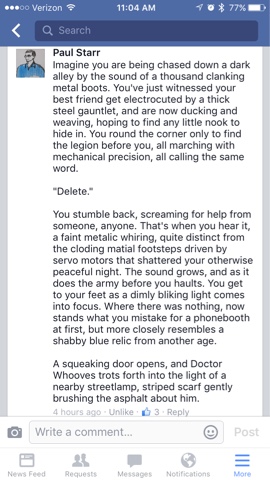 Just a brief post to say I’ll be HERE in November! Really excited for the Vogue Knitting Kickoff Party! I’ll be hanging out with the fabulous author and designer Emma Bull! Not to mention of course, Mr. Steven Berg himself. Very excited to meet this fabulous individual in person!

Plus, this means that of course, I get to hang with my friend, The Fabulous Lorraine for the weekend. She’s one of my dearest that I don’t get to see nearly often enough.

I might try to plan a couple of other events in Minnesota or Wisconsin while I’m there. Feel free to hit me up via the contact link if you have someplace you want me to be!

Ever need to step way, way back from a design? That happened to me last year. I worked on a series of cowls and this was the last one in the batch. While I was beyond happy with the design, I wasn’t happy with the way the pattern read. After 2 tech edits and 2 test knits, I finally just had to set it aside for a few months and let it breathe.

Sure enough, I picked it up again last week with fresh eyes and fixed what was bugging me. If you’ve never designed a pattern before, sometimes it can be really frustrating to put a design on paper in a way that is really workable for other people. I know what I meant, I know how the finished design should look, but making sure I translate that to other knitters is beyond important for me. I want to see my designs made by other knitters, which means making my pattern easy to read and understand!

Now, months later, this pattern is finally live and I’m happily knitting one for myself! 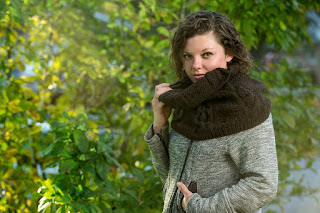 Check out the pattern on ravelry here!