I did an interview with Circle City Eats last year, and it looks like it’s done and live now!

It was so much fun, and I feel like I’ve learned so much about myself. Such as, if you give me beer and food I’m pretty much going to ignore the interviewer and stuff my face with pizza instead of talking.

If you want to watch me get progressively sillier over the course of an evening, check out the video in the link below!

Vintage Swish was one of the first hats I did for Knit Picks Independent Designer Program. It’s been one of my top sellers, and a hat that I have personally made at least 50 times. It’s a quick knit, it’s really easy to customize ( I have some slouchy versions with fewer repeats, or extra stockinette between the lace, multiple colors, etc)and it’s pretty flattering for lots of different hair styles.

However, while I love the design, there were things I didn’t like about the way the pattern was written. Which is why, I took a week out of my schedule and reworked the pattern and had it test knit by some new knitters.

I’m in love with it all over again and I’m so excited to relaunch it! 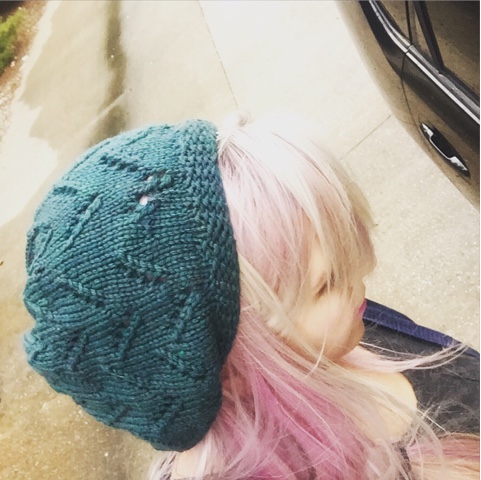 I’ve also got a brand new hat pattern coming out next week that I’m really excited about as well! (PS, you can always tell when it’s time for me to see my hairdresser, based on the number of hat designs I start coming up with) 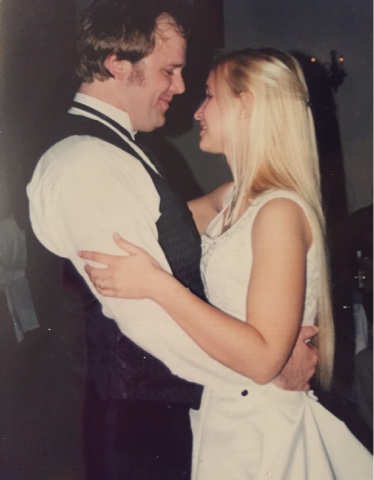 Today marks 14 years of marriage to Dill Hero. I always knew that I would someday get married, assumed it would be when I was 30 or so, and knew that I would wear white, but never thought too much beyond that about it. I wasn’t one of those girls or guys who planned a wedding from the second I saw a Disney movie, though I definitely thought it would be nice and fun.

So imagine my surprise when I met Dill. Well, really met him. We’d been running in the same social circle for several years but for some reason, a couple of months before my 20th birthday, I went up and started talking to him. One thing led to another and after some phone calls we went on a date. After coffee and conversation, I found myself with a boyfriend. Within a few weeks, we talked marriage, About a year later, he proposed. I never thought, “I’m too young! This is too soon!” or really anything beyond how much fun we would have together.

A month before my wedding, and again on my wedding day, my Grandma gave me her advice for a happy marriage. Don’t bury the cake.

I was confused and asked her to tell me the full story.

When she first got married to my Grandpa, she was very young. If I’m remembering correctly she hadn’t finished high school, so they kept the marriage a secret because her high school wouldn’t have let her graduate if they knew she was married. So when that was over and done, they lived together, and my Grandma, wanting to be the BEST WIFE EVER, promised her new husband a chocolate cake when he came home from work.

She worked on it all day, but at the very end, the cake completely stuck to the pan, and trying to get it out turned it into a crumbly mess. Grandma panicked, felt like a failure and buried the ruined cake, pan and all, in the yard. When Grandpa came home that night and asked about cake, she lied and said she didn’t have what she needed to make it.

I laughed the first time I heard the story, and then, when she saw me on my wedding day, she told me that story again, except this time she said “I shouldn’t have buried the cake. I should have turned it into something else we could have eaten, instead of having no cake at all.” (I’m paraphrasing a bit) 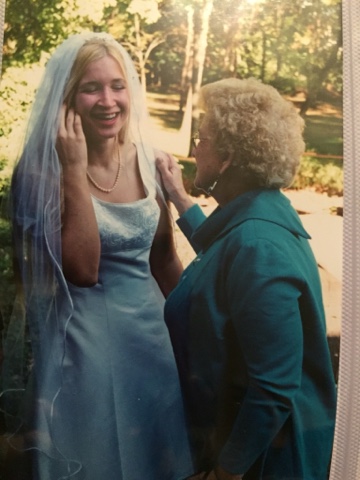 I know my Grandma wasn’t trying to give me some deep life lesson here, she was just trying to teach me how to bake a cake, but I think it is a life lesson anyway. The times I’ve tried to hide a mess or a disaster from my husband, we’ve both just felt like crap afterwards. I’d rather we get through messes together, rather than have some secret shames apart from one another.

So that’s my advice to you, if you’re ever thinking of getting married. Don’t bury the cake. Find a way to enjoy a mess, even if only one of you caused it, together.

Speaking of which, this is the very first cake I made for Dill for his birthday/Christmas. I tried to take the layers out of the pan too soon, and they all collapsed. Dill had the idea of just icing the damn thing anyway and eating it, and it was of course, delicious. 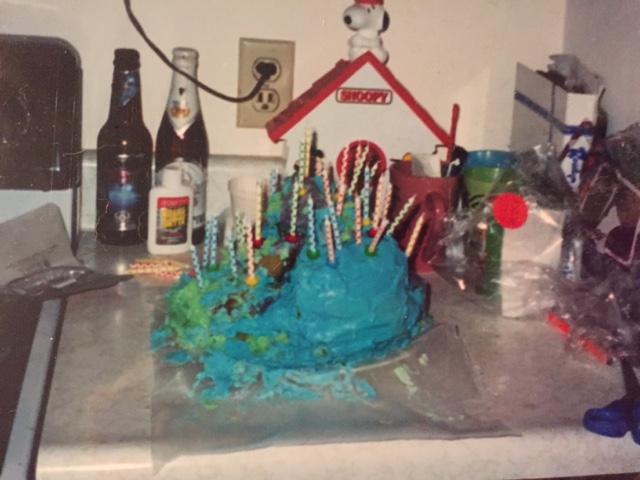 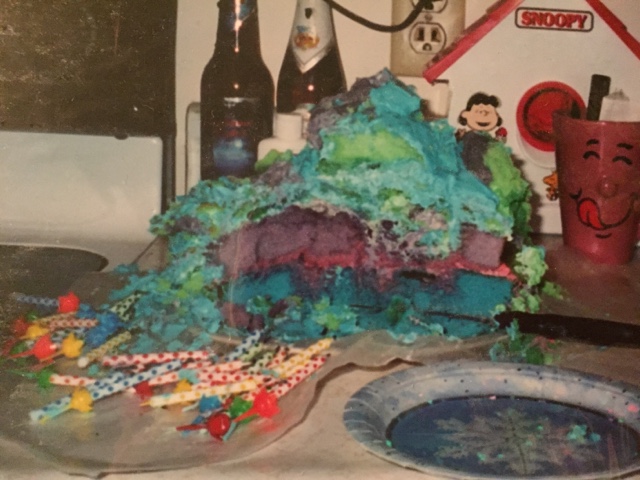 I recorded myself unboxing my new Knit Picks order yesterday!

I was PAINFULLY shy as a teenager. I’ve talked on here before about being in a car accident at 12 and the after affects of having a mangled face on my teenage years. (Who am I kidding? My adult years too.) I’ve actually had to make a conscious effort the past few years to be able to look at pictures of myself and see myself speaking on video. Years ago I was on the DIY network, crocheting and speaking on the show, Uncommon Threads. It took me 8 months after the first episode came out to watch it. That’s just dumb.

I’m still a little awkward on video but whatever. I embrace it. I might cringe a little at stuff I do, or the fact that my face isn’t perfect, but I’m no longer letting the little things stop me from having fun and trying out new stuff.

Sooooo… if you’re not into watching the youtube video, here’s a list of the cool stuff I got!

I’ve been an advocate of Knit Picks Interchangeable needles on my blog before. Click here to read what I had to say back then.
Since that post, I have sprung for both metal and wooden versions of the Knit Picks sets. Since it seems I always have multiple projects on the needles, I of course, have to keep getting more!

I’m really excited to try out these short tipped caspian needles! They’re so pretty, and I like the idea of the shorter needle for smaller projects to keep me from having to track down my dpn’s.

I am always losing my double pointed needles. Like, always. So I ordered more. I’ll probably order more next month as well.

This project bag, needle case, small case and set of majestic interchangeable needles was too good of a deal to pass up. I love the purple and pink combo, though if that’s not your thing they have other colors as well. ( I ALMOST went with the champagne, but I was hoping the purple would hide any potential stains or marks better)

I think I said this yarn was soft about fifty times on video, but I was so surprised by how soft it was! So fantastic!

I’ll post an update after I’ve used a few things from my KP order!