By now I’m sure everyone has heard about the amazing things Amanda Palmer has accomplished by using Kickstarter. This weekend, we got to participate in one of those amazing things.

Last year, when the kickstarter rewards were announced, a lovely gal named Allison said she wanted a house party in Indy. She plopped down 5k to book it, trusting that everyone who said they thought it should happen would actually step up and help pay her back. There was originally talk of doing it in a bar and I was like, “You know, I have a coffee shop we can use…”
Finally, last night, the whole thing came together. 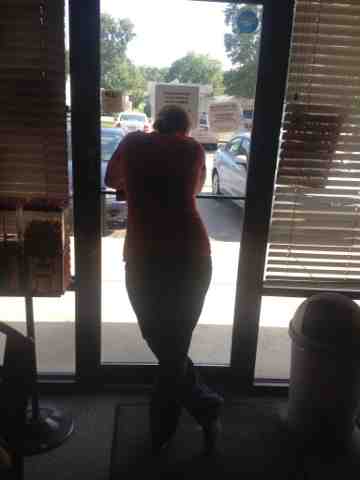 Kerrie checked people in at the door. This was her “bouncer thug” pose. 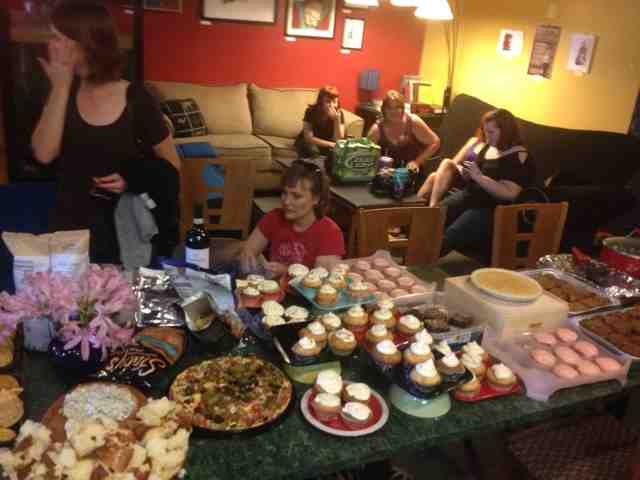 There was SO MUCH FOOD. It was insane. 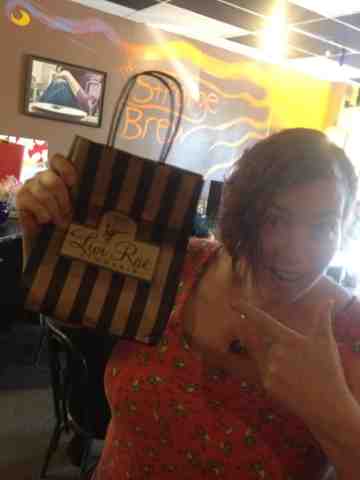 Quiche, aka, the Fabulous Lorraine, of course was there, and very excited that someone brought her a present! 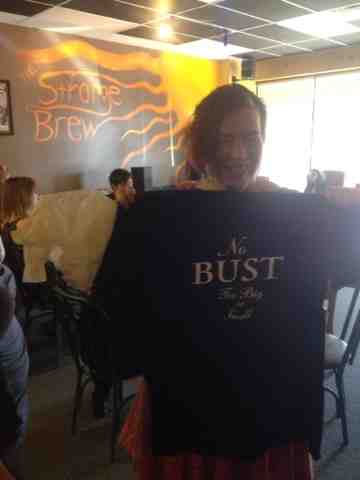 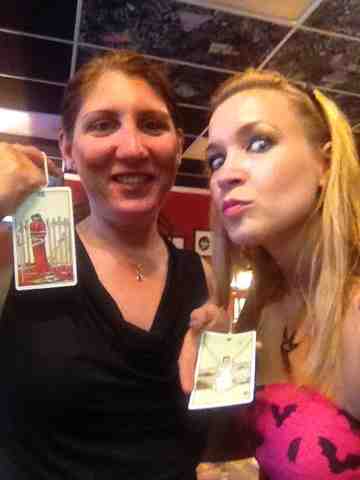 Valya brought a basket full of tarot cards, with the date of the party written on the back. Kristine and I were excited because we both pulled spooky blindfolded sword cards! 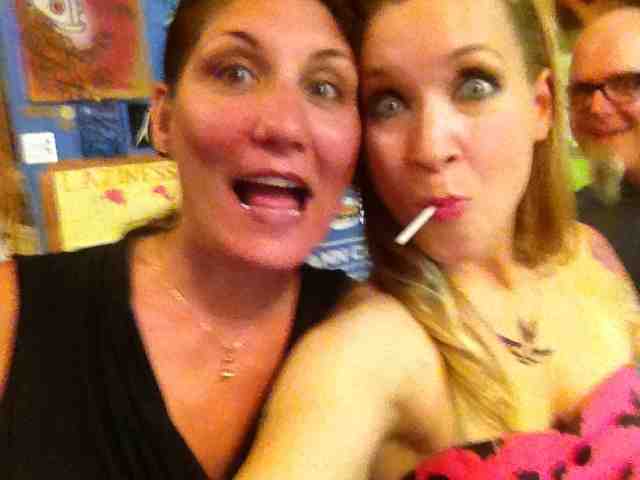 And we were a little tipsy. (and that is a lollipop, not a cigarette) 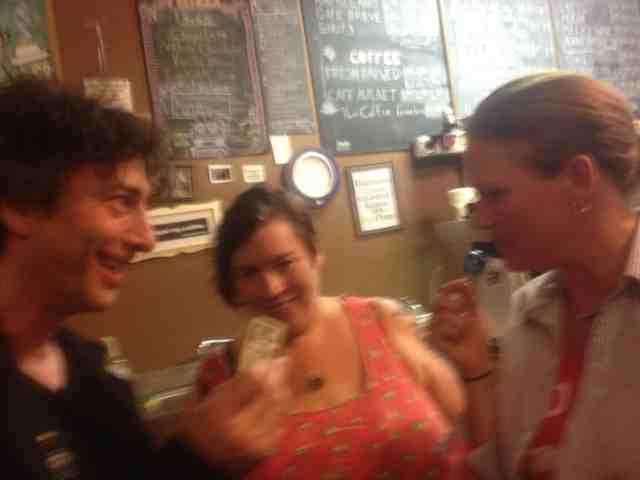 Neil wasn’t on “the list” but we let him sneak in anyway. I will not tell you why he is offering Kerrie money. I will also not judge the fact that she seems to seriously be considering it. 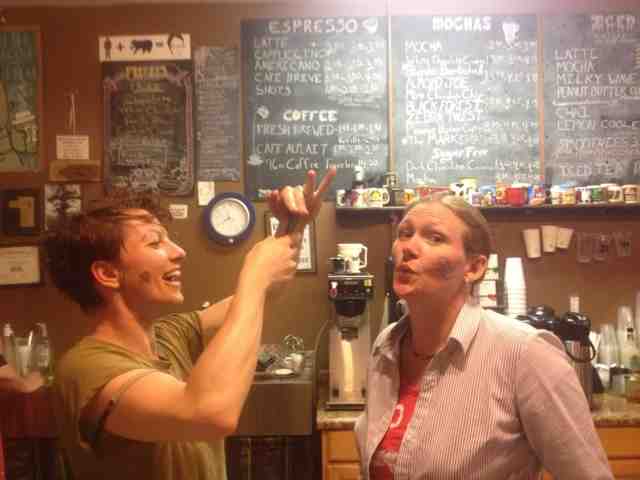 Amanda is… powerful. She can just be hanging out and she is still very much a presence in a room. Her voice is big as hell, she owns the stage, even when it’s not really a stage, it’s just a bit of floor in a cafe. She seems like the really cool girl in school that I would have always wanted to talk to but maybe been way to intimidated to actually approach. 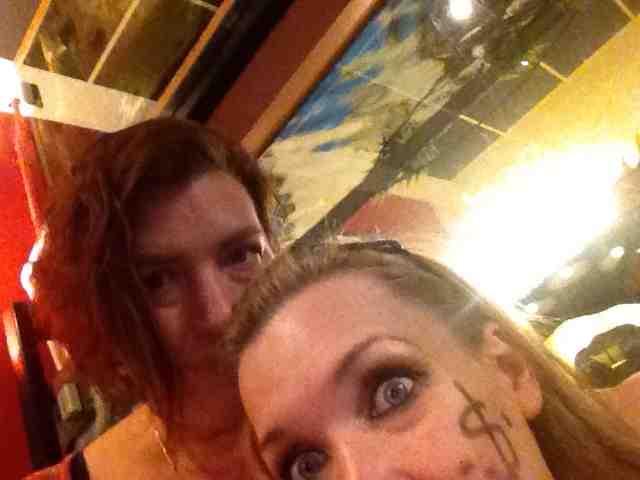 She wrote our fears on our faces. Seemed silly at first, but then as I was looking around the room and seeing people’s fears exposed it didn’t seem so silly anymore. Mine was money. Though it could have also been, “My body” “Spiders” “Heights” “Scars”. I think I have more fears than face. 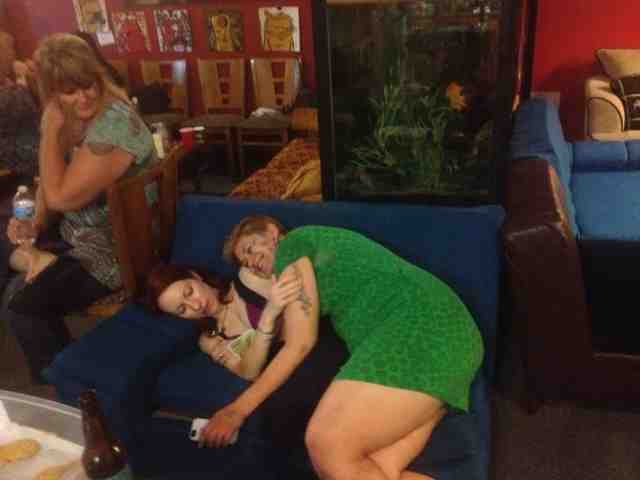 There were hugs and cuddles happening all over the place. 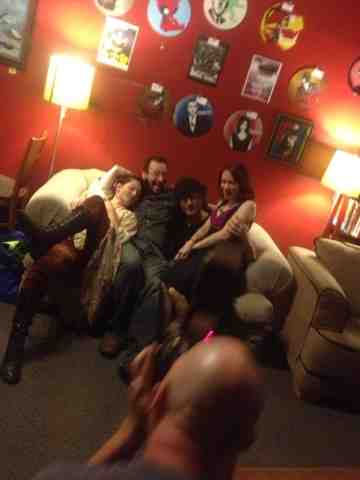 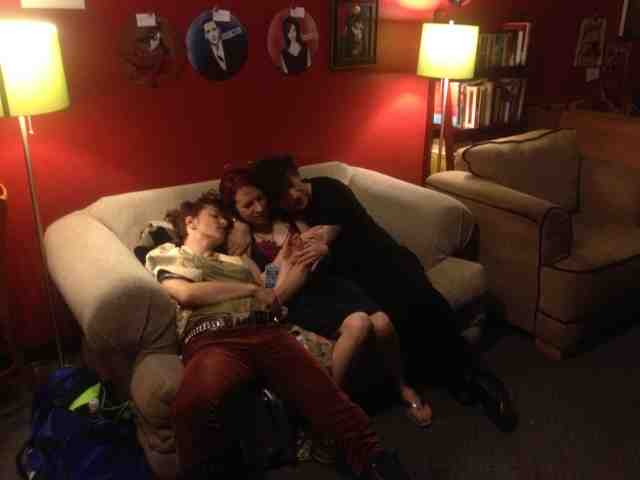 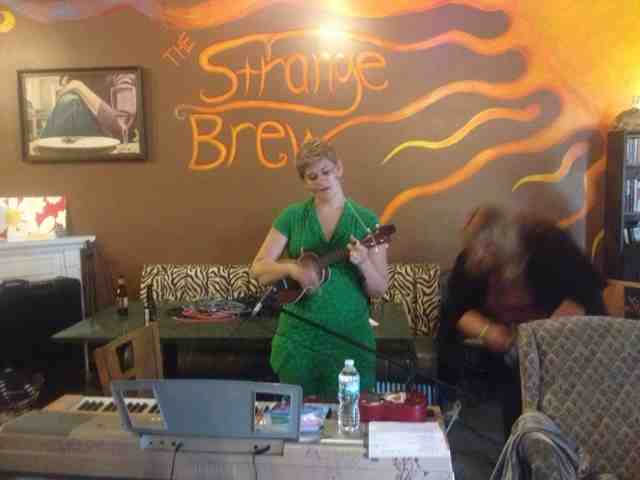 Allie brought the house down when she sang. Little woman. Big ass voice.
I actually didn’t take a ton of pictures. There were good, actual photographers doing that, and I decided at one point to just enjoy the show and be in the moment. It was a good decision.
I’m on a bit of a let down today. Quiche, Allie, Kristine, and Kerrie have all left our house. After having people crammed into the place and the constant sounds of food cooking, coffee brewing, and general noise it was just too quiet. Dill and I actually came into work two hours early today because of it. We needed to be in our shop and back around people. 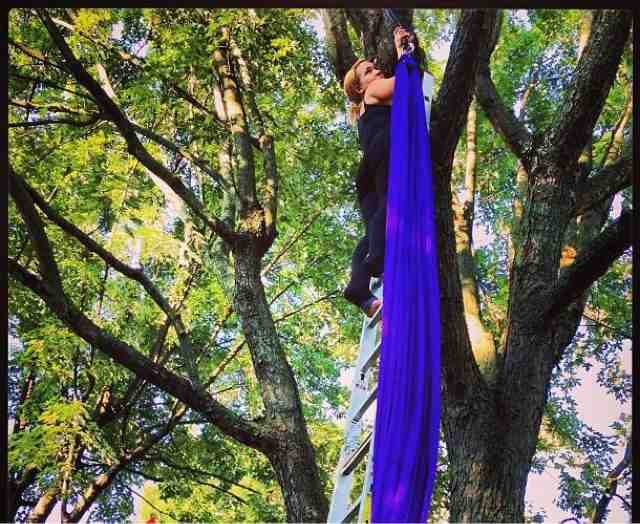 I made everyone get some silks in. Allie did a layback! 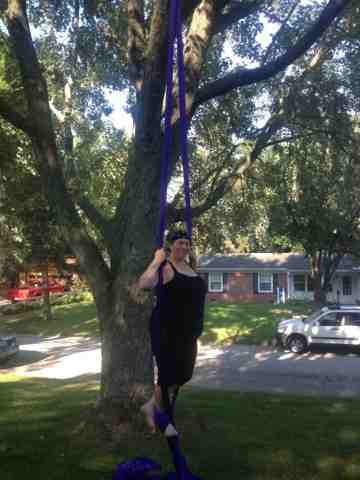 Quiche even tried it out!
I’ll do another post with good pictures and such later. I’m just so glad that such a wonderful evening happened here in little Indiana.