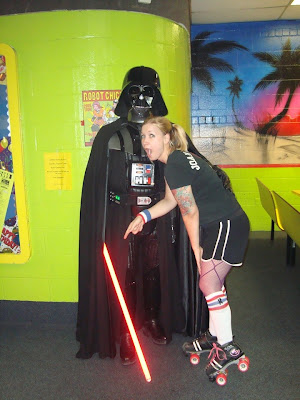 Well, not quite. But I did have a very busy weekend. It’s in fact, been a very stressful and busy month! My dog is sick, and we’re hemorrhaging money we don’t have, trying to figure out what the heck is wrong. It could be cancer, it could have spread to his liver, lots of maybe’s, and possibilities from the vet, all at $150-$300 a pop, and all leading to the inevitable fact that I own a 15-16 year old dog and have always just assumed that he would defy all odds and live forever.
Besides all of that, we not only had the Robot Chicken madness, but 2 of our good friends are currently being followed around by cameras for the ABC show Wife Swap. Since they hang out at our shop all the time, they’re filming them here as well. Saturday they filmed our friends before the swap. We came in and hung out with everyone, while our employees were hard at work… 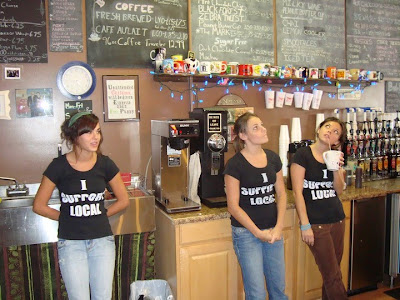 It was really odd to watch them filming. They were supposed to bring in the new wife yesterday, but apparently there was drama, so they’re coming today instead. We have no idea what she’s like or what is going on, and we won’t know until we talk to our friend Dave. Hopefully Holly is doing okay wherever the heck she is!
That same Saturday, we had a skating event with the guys from Robot Chicken!
It was a lot of fun. We got to meet the creators, skate around with the guys from Gym Class Heros, hang out with fans, it was a pretty cool event.
Some pics: 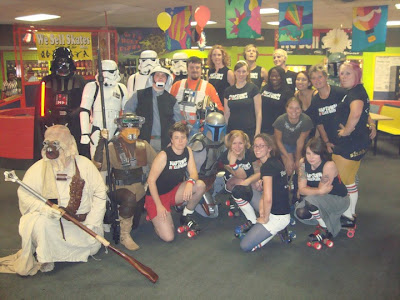 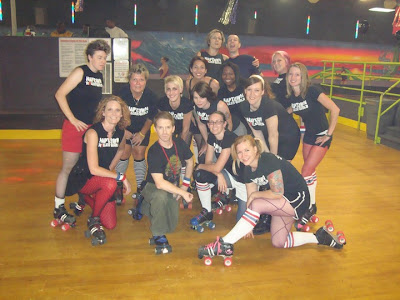 With Seth and Matt! So yea. I’m hoping after this weekend, everything calms down around here. We’ve been getting home every night after 10pm, and up again at 3am or 4am. I’m ready for some dang sleep already!

Also those that voted for Smackie… thank you! She came in first!