It’s official! As of yesterday (yes, Christmas) Dill Her0 is officially an old mofo.
He would also like to point out that he is officially in his 40’s, married to a woman in her 20’s. (at least for a little bit longer)! 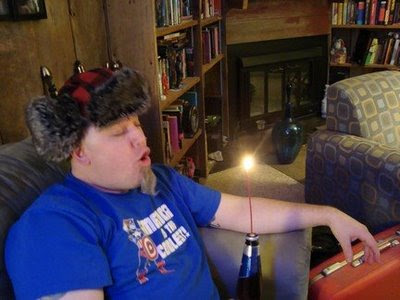