And Last week while Dill was out of town I saw a facebook post about a sweet older cat named Masher. I know we all see sad animal posts every day on facebook, but this one struck me.

See, Masher is 13 years old and had lived with his family all his life. Then they decided to move his litter box downstairs. Masher had difficulty making it up and down the stairs and eventually he had an accident at the top of the stairs.
Obviously the sensible thing to do would be to move the box back right? But no, his family decided that the best course of action would be to take him to animal control!
Poor Masher who had made one mistake suddenly found himself on death row.
Luckily our low cost kitty rescue FACE found out about him and pulled him out.
I shared the post and Dill who is very used to me saying “I want to rescue this cat! And this dog! And this one! And this one!” said “go get him”.
We did. 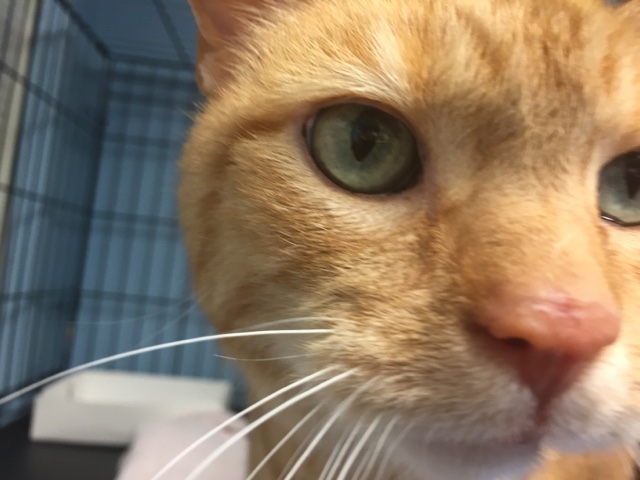 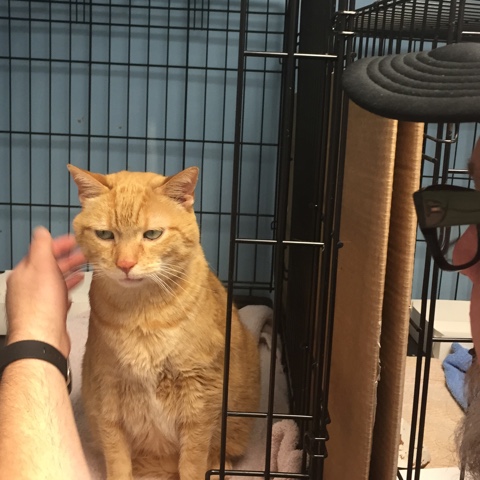 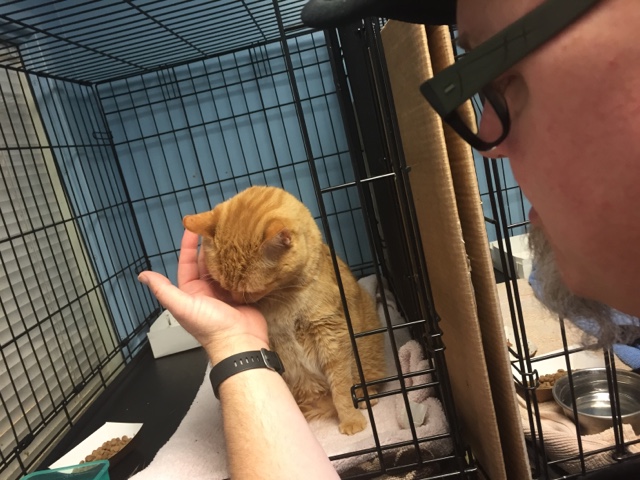 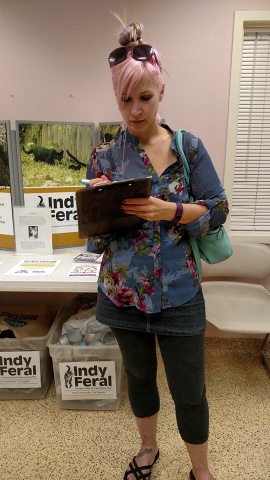 Took about five minutes to make the decision to sign. 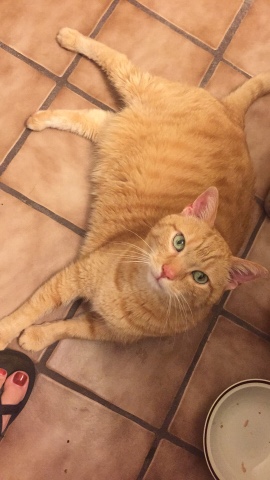 And home!!!
Took him about five minutes to realize that this was it and all of a sudden it was purrs, head butts and all the love he could give.
He’s sick right now with an infection, which we were told is pretty normal for shelter cats. We decided it would be better to isolate him at home and give him the meds than to keep him at the shelter and let them do it. He has a much better chance of recovery when he’s not so stressed.
Looking forward to orange hair on my knitting!
Also if you’re in Indy please go check out FACE. They do great things there!