Earlier on twitter I asked what the difference was between capelets, ponchos, and shrugs. Most everyone agreed that ponchos were giant rectangles that covered the torso, capelets were open in the front, and shrugs have sleeves. (With smartass @kylecassidy stating, “if you get bored before it’s a poncho, it’s a shrug”) 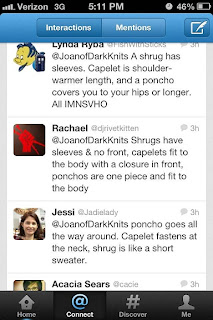 However, a while back I picked up an issue of Vogue Knitting with the feature, “Cape Play” and found myself confused. 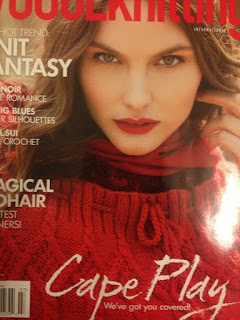 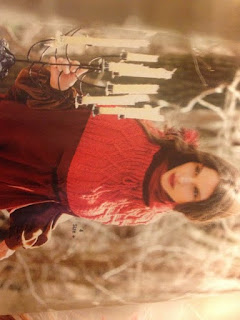 The pattern on the cover is a gorgeous cabled.. erm.. cape? Poncho? Very short ponchlet? Vogue calls it a cape, but it’s a little ponchoish to me. 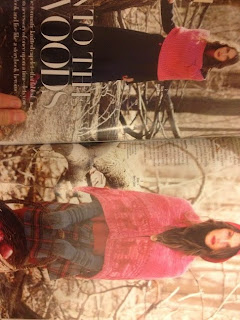 Forgive the sideways picture, but blogger is being an absolute jerk today and no matter what, is shifting my pictures sideways.
Vogue calls both of these capelets, but according to the majority on twitter, only the one on the right would be a cape, since it has a button front. 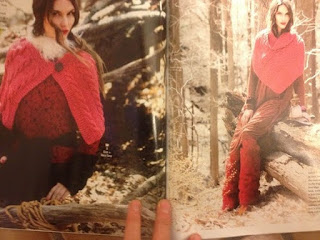 I’ve been dying to make my own capelet based on something I saw a model wear on an episode of Ugly Betty. (Shush, guilty pleasure on Netflix) A cute wrap that looked like a long cowl that would cover the shoulders and looked good over a tank top. After many, many frogged attempts last weekend, I came up with this: 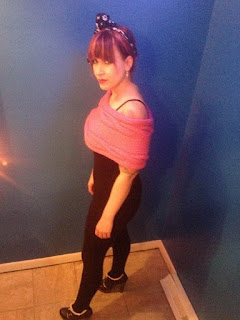 It’s a good hanging around the house piece, and I think it could actually work in the fall and spring over my tanks or lighter dresses.

So what is it? It can’t really be called a cape, since it’s closed in the front, it’s not at all a poncho (I insist upon that) and of course is way too big to be a cowl. No sleeves, so not a shrug either.

While I’m at it though, here is a confession:

I have a poncho.

Not only that, I KNIT THAT PONCHO. 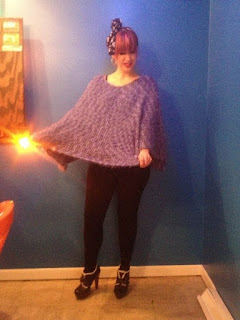 I should probably frog the sucker, since it’s way too heavy to be comfortable. Not to mention the fact that it’s sort of hideous. It’s just so hard to let go of the early knitting atrocities!

Feel free to chime in with your opinions on what the heck defines shrugs, ponchos and capelets either in the comments or over on twitter! For those interested in the pink ponco.. erm cowl… erm.. shrug, eh cabled THING I knit, I’ll be posting the pattern up on here soon with a tiny modification. (I wanted it to be about 2″ longer, but after frogging that sucker so many times there was no way I was going to start over again)!
In the meantime, help me figure out how to classify this thing on the ravely database!