Attendance seemed a little low, maybe around 2,500 people or a little more. Not bad though considering we didn’t have a lot of promotion time for this one!

I had one person bit of FAIL in the bout. Came out of penalty, hit a wall of Maine skaters, blocker pushed her foot back, wheels tangled, she went down… and I got called out. It seriously looked like I back blocked her. Good call on the refs part. It just sucked for me because I didn’t! We just tripped up! So right back in penalty I went. *sigh*

Maine did a really weird intro that I didn’t get. They were all on phones! Anyone else out there understand it? No one I talked to got it, and it’s really bugging me!

After party was wonderful as always! I wore scary boots with scary heels, and did not fall down. This may be, in part, due to Crasher giving me a seat. But it counts as not falling as far as I’m concerned! 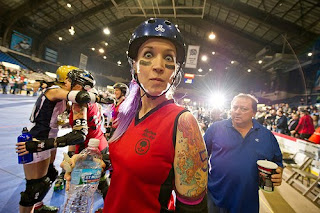 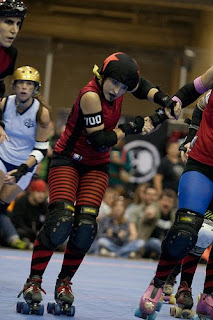 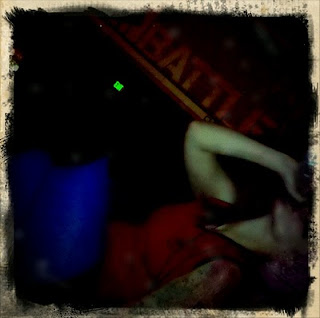 Oh. And many thanks to my friend Lorraine! I messaged her at some point in the party, with something along the lines of, “are we good enough friends for me to drunk text you?” then proceeded to message her for several hours. Kept me from posting inappropriate things to twitter. Me drunk with a smart phone is a dangerous combination.