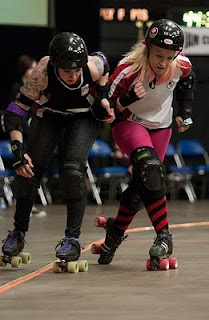 Photo by Tom Klubens
This past Saturday was the Spring Roll Tournament in Ft. Wayne. It started for me, on Friday. Remember the super busy week from the last blog post? Well it kept getting busier! We got booked for a few more catering jobs, and seriously, by Friday I could barely keep my eyes open at work! I was dropping cups, making mistakes, it was a mess! Right as Sweet C was picking me up, the shop was exploding with customers there to check out a new art show, and one of our employees called in.
Ugh.
Dill told me to go, so I went, but I felt freaking awful leaving him in the mess. I slept all the way to Ft. Wayne, which C found amusing. She kept saying, “she curls up just like a cat and sleeps anywhere”! Which is pretty true. I have been known to sleep in my office chair for a couple of hours. Not a big comfy office chair either. One of the really cheap ones that swivels.
We all ate together, then crashed in the hotel room. I was so excited there was a coffee maker, but dismayed to find out in came with the coffee already in the filter like a tea bag! No way was I drinking that! When morning came (all 5:30 am of it) I cut open the filter, poured out the crappy coffee, and replaced it with my own Strange Brew Coffee. Yummy!
We headed over to the Coliseum, suited up and warmed up, then played our first bout of the day against the Ft. Wayne Derby Girls Bomb Squad. We’ve played Ft. Wayne several times before. Our first season, they smoked us. Our second season… they sort of smoked us. Our third season it was a down to the wire last minute jam and we pulled out an 8 point win. Everyone in the derby world was predicting a close bout. Everyone but us.
I don’t know why, but we were beyond confident. Personally I knew we were going to win, and I knew it would be no contest. And it wasn’t. From the get go we dominated them, and pulled out a 99 point victory. Only a few stupid fouls, one of their girls turned and clocked one of our girls with her shoulder into our girls throat. She got called on it, and later asked us to apologize for her, calling it the “dumbest move she’s made all day”. They weren’t getting dirty, they were getting frustrated. We were locking down their jammers, and they didn’t know how to answer to it.
Know what? It felt really, really freaking good. I loved every single second I was out on that track. Even the few times we missed their jammers, it was heaven out there.
We had a very long break before our next bout, against the regionally ranked #2 Detroit. I was envious of the fact that they didn’t have to play a bout before they played us AND a bunch of them got to sleep in. Lucky bitches 😉
We weren’t expected to win that bout, and we didn’t. But we DID have a much stronger showing than the derby world was prepared for. I think we lost by 46 or 50, and not the 200 point blowout that was expected.
Honestly, if we hadn’t played a bout beforehand, and if we hadn’t had a couple of jammer fouls in the second half, I think we could have taken them. I eagerly await a rematch!
What’s this mean for our shot at regionals? No idea. Hopefully good things. I am on pins and needles waiting for the next ranking to come out.

On a side note, the Riedell rep was there. Look, I’ve been pretty happy with my 265 Wickeds. I love those skates! Sure, the heel slips! Sure my heel kind of pops out when I run on my toes! But they are good skates! I always laughed at the girls who obsess over the latest and greatest skate that comes out, why it rocks, why it should be bought, etc. I went through two other pairs of skates before settling on my Wickeds, and those suckers have served me faithfully for almost 5 years now!
Then.. I saw these: 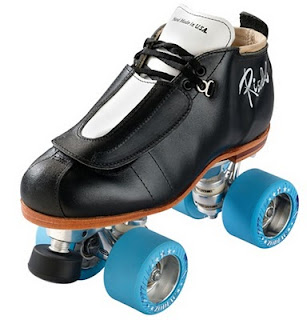 The 1065 Siren. No padding on the ankle, can be heat molded to your foot, and see those metal buckles attached to the laces? That’s part of a band, that goes around your ankle, inside the boot of the skate, so when you lace the skates, your ankle is laced in as well. No more foot popping out. Wider toe, narrower heel… and custom colors. Oh yes. I am all about the custom colors. Pink boot, black tongue. Or pink boot, purple tongue. Or pink boot, hot pink tongue, or blue tongue, or, or….
I have never wanted a pair of skates so badly in my entire life!
Want.
Want.
Want.
I mean, if we make it to regionals, I should have new skates right?????