Starkey is a pretty good horse. He’s in his 20’s, so he an older guy and not one for a lot of mischief. We let him wander out yard and our neighbors and he’s pretty well behaved about it.

Then I planted sunflowers.
Starkey leaves most plants alone. In fact, he’s great for getting in the garden and eating nothing but weeds.
But sunflowers? He got one taste of those things and it unleashed the mini beast within him. I’ll turn him out and he will just be casually grazing then BOLT to the sunflower and eat as many as he can before I drag him out.
He got one yesterday and honestly? It was so cute I didn’t even scold him. I just took pictures and let him finish eating it. (He ate the entire thing btw!) 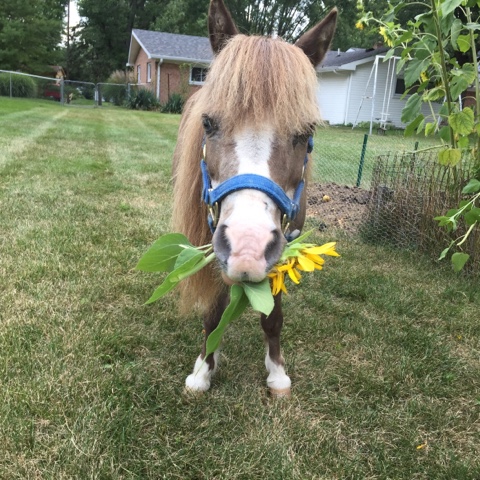 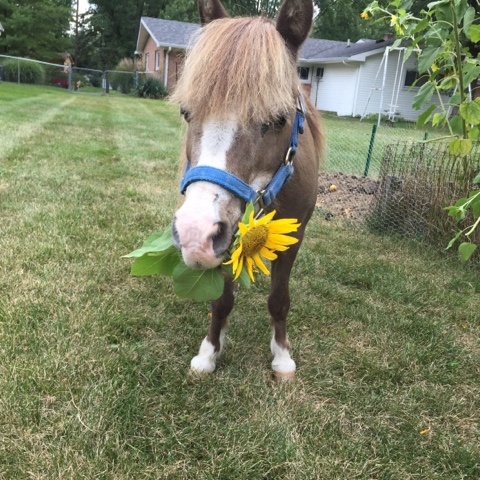 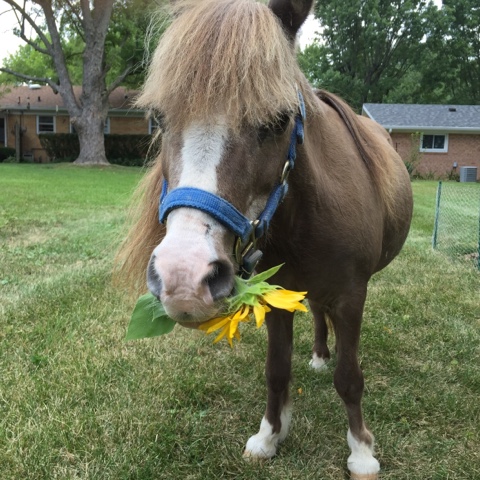 At least it’s not the tomatos!