Way back in the day, I made a Neil Gamain Coffee for Strange Brew. It was fun, and lots of people like it, even though some of them have no idea who he is when they order. If they make the mistake of saying, “Why is this called a Neil Gaiman Latte”? they will be late for their meeting/work/birth of their child/etc, because I ramble their ear off.
ANYWAY, it occurred to me some time ago that we should really have an Amanda Palmer Coffee as well. There’s a guy who comes in once a month and orders a Neil Gaiman Latte and a Blond Bombshell. It feels wrong when I call them out together. I was also asked on Saturday, by some Gen Con attendees who had made the pilgrimage for a Neil Gaiman Latte, why we did not have an Amanda Palmer as well. So, being highly caffeinated, we set to work! 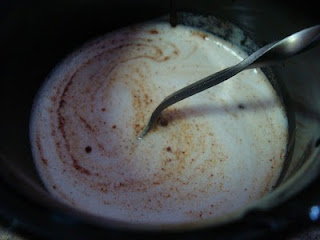 Honey. Honey is the answer to everything. 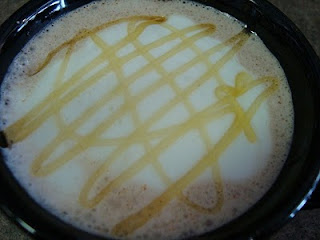 But then the honey on top would be overkill. Too much layering. The drinker would hit the honey and milk, then the chocolate and red pepper. You could taste each individual ingredient, one by one. I didn’t like that.

So here is the final creation. And no, there isn’t actually coffee in it. It’s the Amanda Palmer Hot Chocolate. (Based on a sweet story Neil told a table full of derby girls that involved a statue, a flower, and hot chocolate. It made us all weepy) 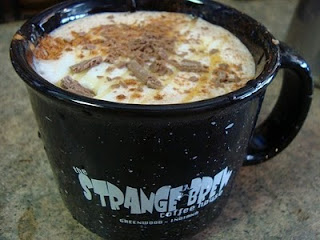 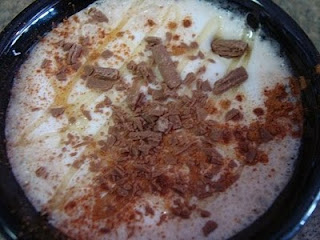 My love of Amanda’s music came from writers. Melissa Marr mentioned her former band, the Dresden Dolls in her book, Wicked Lovely. Then of course, when Neil Gaiman started talking about her, I looked up her music on my Pandora station, and fell in love with the songs Guitar Hero, Runs in the Family (I love that song SO much) and Leeds United. Now I consider myself a fan.

Oh, and why is their no whipped cream on the hot chocolate you ask? Because it’s an Amanda Palmer, and comes topless.