Last weekend I made the trek to see the Naptown Roller Girls Third Alarm play the Chippewa Valley Roller Girls. Booked a flight, and after much twitter hilarity found Lorraine awaiting me at the MN airport.

She took me to see her boss man, who made us dinner, and ended up asking to go along to the roller derby as well!
His account of that is HERE. It was fun explaining what was going on to him, and by the end of the bout he was cheering all on his own and seemed to actually enjoy the derby! Plus I am now forever a rock star for getting NRG to take a picture with Neil.

It should also be mentioned that before the derby, Neil hung me upside down by my ankles. Not as some part of gothic torture mind you. He put together an inversion table, Daisy and I were hanging out and watching him and his friend Dr. Dan work on it, and giggling at the British accent meets instruction manual we were hearing. Then Neil said, “Joan how much do you weigh?” When I told him, he said, “Yup. You’re the lightest, get on. Lets make sure it doesn’t fall apart”. 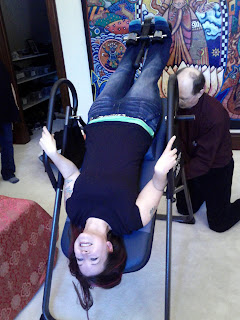 Since I didn’t die, he decided it was safe for everyone else, and we all had a go!

I stayed with Lorraine over the weekend, and her pretty kitties. No, that’s not a euphemism for anything, look! 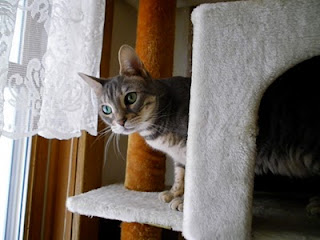 We not only worked out like mad, went horse back riding (I fell off, but got a free hat, so THAT’S okay)but we wandered into the woods. We saw the White Witch and Mr. Tumnus… 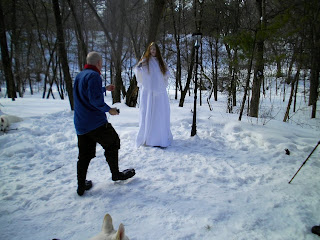 And I proved that Lola CAN be noble… 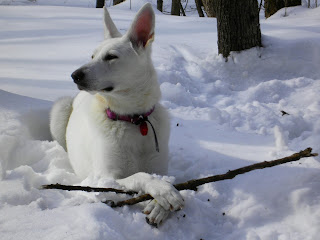 Until she sees something shiny… 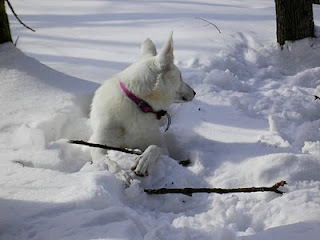 and starts a snow fight with Cabal 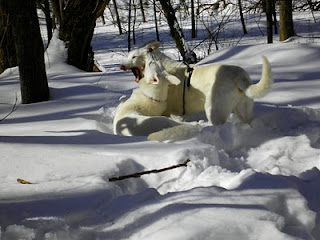 And this. THIS is why I want to move north. 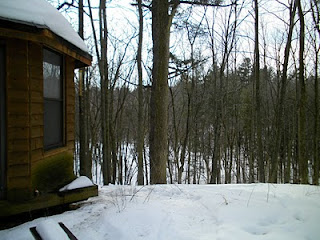 It also doesn’t hurt that my friend is there. And living hours and hours away from a friend SUCKS.

Our little gnome friend has survived his move to the great white north. 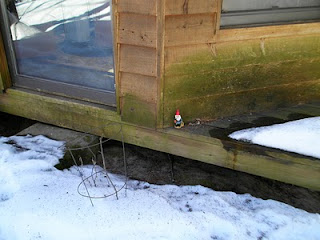 The weekend was spent with lots of working out, cooking, and skating of course. (there is a bouncy castle in the rink. I kid you not.) Skating ended when some idiot decided to start skating while carrying his NEWBORN BABY! I had a panic attack and was done. I do not want to be in any way responsible for someone hurting their kid in a rink. I swear this happens at every single rink I go to!

Parents, you are not God. You trip, you fall and you can not control the actions of those around you. If you skate while carrying a baby (lets not even get into the whole, in rentals, obviously not a great skater thing) something could happen. DO NOT DO IT!!!!

Right. Back to work. Photo shoots are coming up soon, including an amazing and cool shoot that I’m really, really excited about! But can’t blog about because, you know, you need to see it in the book!